The Chuck Lorre Family Foundation is dedicated to funding innovative and compassionate organizations in the areas of education, health and the arts. Reflecting the values and unique experiences of the Lorre family, the foundation supports programs, services and opportunities for those struggling with less and striving for more.

One of the greatest satisfactions of Chuck Lorre's career has been the opportunity to give back. His commitment to philanthropy began in the 1990's when he established the Dharma Grace Foundation. In 2013, he expanded his philanthropic endeavors with The Chuck Lorre Family Foundation, as a way to fund and more deeply engage with select forward thinking charitable organizations and institutions. TCLFF supports philanthropic partnerships and programs with organizations and institutions that inspire hope, leadership, creativity, and productivity, primarily in the Los Angeles area.

Chuck Lorre is a prolific television writer and producer having created, executive produced or written over 1000 episodes of television spanning the past 3 decades. Lorre co-created and serves as executive producer of six current series, including the acclaimed, award winning CBS comedies “Young Sheldon,” “Mom,” “Bob Hearts Abishola,” “B Positive,” and the recently launched “United States of Al.” Additionally, he created/executive produces “The Kominsky Method” starring Michael Douglas for Netflix. “The Kominsky Method” has received three Golden Globe® Award nominations - winning two - including Best Television Series – Musical or Comedy for Lorre, as well as Best Performance by an Actor in a TV series – musical or comedy for Douglas, plus three Emmy Award nominations.

Lorre also co-created and executive produced the global blockbuster comedy “The Big Bang Theory,” which concluded its highly successful 12-season run in May 2019, finishing as the longest-running multicamera comedy in television history. He also co-created/executive produced the comedy “Disjointed,” starring Academy Award® and Emmy® winner Kathy Bates, for Netflix; the comedy “Mike & Molly” starring Billy Gardell and Melissa McCarthy; and the long-running hit comedy “Two and a Half Men.” He created the successful series “Cybill,” “Dharma & Greg,” and “Grace Under Fire.” Additionally, he was the co-executive producer on “Roseanne,” and was a writer on “Charles in Charge” and “My Two Dads.”

Starting as a guitarist/singer, touring the country and writing pop songs, Lorre had a top 40 hit with Debbie Harry’s song, “French Kissin’ in the USA.” After more than a decade on the road, Lorre turned his attention to television. He began writing animation scripts for DIC and Marvel Productions, as well as writing and producing the themes and scores for several animated series, including “Teenage Mutant Ninja Turtles.”

The recipient of a variety of awards throughout his career, Lorre was honored with a BMI Crystal Award for co-writing the “Two and a Half Men” theme song, and was named an honorary member of the Royal Canadian Institute for the Advancement of Science for his work on “The Big Bang Theory.” In 2009, Lorre was honored with a star on the Hollywood Walk of Fame in addition to receiving the NATPE Brandon Tartikoff Legacy Award, and the Television Showman of the Year Award at the 46th Annual ICG Publicists Ceremony. In 2012, he was inducted into the Television Academy Hall of Fame, and in 2016, he was inducted into the NAB (National Association of Broadcasters) Hall of Fame.

Lorre released a book in 2012 titled, “What Doesn’t Kill Us Makes Us Bitter," which was a compilation of his vanity cards that appear at the end of his television shows. All of Lorre’s proceeds from the sale of the book benefitted health care related charities and educational efforts, including the Venice Family Clinic where he previously established the Robert Levine Family Health Center named for his father. For his work on behalf of the clinic, he was honored with their prestigious Venice Family Clinic Silver Circle Humanitarian Award and was the recipient of the David Angell Humanitarian Award bestowed by the American Screenwriters Association in recognition of his charitable commitment to the clinic.

In 2015, Lorre established “The Big Bang Theory” Scholarship Endowment at UCLA to support undergraduate students in need of financial aid who are pursuing their higher education in the fields of Science, Technology, Engineering and Mathematics (STEM). With an initial donation from The Chuck Lorre Family Foundation (TCLFF) combined with gifts from nearly 80 people associated with “The Big Bang Theory” — including producers, cast and crew — plus contributions from other industry partners and leaders in the years since, “The Big Bang Theory” Scholarship Endowment has raised more than $5.5 million as of May 2019 and will now fund 10 scholarships per year — in perpetuity (up from five initially). Currently, there are 42 TBBT/UCLA scholars and the first class of 20 scholars graduated in 2019.

In March 2019, in honor of the end of the series, TCLFF established "The Big Bang Theory" Graduate Fellowship. This fund will provide scholarships for up to five years exclusively for graduating TBBT/UCLA scholars who will be continuing their STEM education within the University of California system. TBBT/UCLA graduating scholars who will be pursuing their graduate studies outside of the UC system will be eligible for a one-time scholarship.

In September 2018, TCLFF expanded its commitment to STEM education with the creation of a new grant program — THE YOUNG SHELDON STEM INITIATIVE — inspired by the hit comedy series “Young Sheldon.” The program was created in support of our nation’s public schools, teachers and students to foster excitement for learning in the fields of Science, Technology, Engineering and Mathematics (STEM). This program funds two-year educational grants which are awarded to 40 select elementary, middle and high schools in Southern California, where the show is produced, and East Texas, where the show is set.

In 2015, The Chuck Lorre Family Foundation, with support from The Big Bang Theory cast, producers, studio, and network, proudly created the first-ever TV series scholarship endowment with UCLA. The scholarship was established to support undergraduate students with promising academic merit in need of financial aid who are pursuing higher education in the fields of STEM. With an initial gift from the foundation, and generous donations from over 80 individuals and corporations, including Warner Bros. TV and CBS, the scholarship and endowment fund has raised more than $5.5 million. In its inaugural year twenty scholarships were awarded for the 2015-2016 school year, and new scholars have been added each year since, totaling 42 scholars to date. As of 2022/23 the fund will support ten scholars in perpetuity. TBBT/UCLA scholars have created an official club at UCLA to provide study and community opportunities, which TCLFF supports through annual meetings with Mr. Lorre, visits to the Warner Bros. set and access to the newest technology.
The Big Bang Theory Graduate Fellowship was created in 2019 to provide up to five year scholarships for TBBT/UCLA scholars who will be continuing their STEM education within the UC system, and those who will be pursuing their graduate studies outside of the UC system will be eligible for a one-time scholarship. Currently, the program supports four graduate scholars studying at UCLA and UCSB.

Established in 2018, the Young Sheldon public school STEM initiative follows TCLFF’s collaborative formation of The Big Bang Theory Scholarship Endowment at UCLA. This unprecedented program was created in support of our nation’s public schools, teachers and students to foster excitement for learning in the fields of Science, Technology, Engineering and Mathematics (STEM). The initiative was launched with cast members visiting schools in Texas and Burbank, and was initially funded with support from Young Sheldon executive producers Steven Molaro and Jim Parsons, in addition to Warner Bros. Television Group and CBS. This program funds two-year educational grants which are awarded to select elementary, middle and high schools in Southern California, where the show is produced, and East Texas, where the show is set. There are currently a total of 40 Young Sheldon STEM Initiative schools. 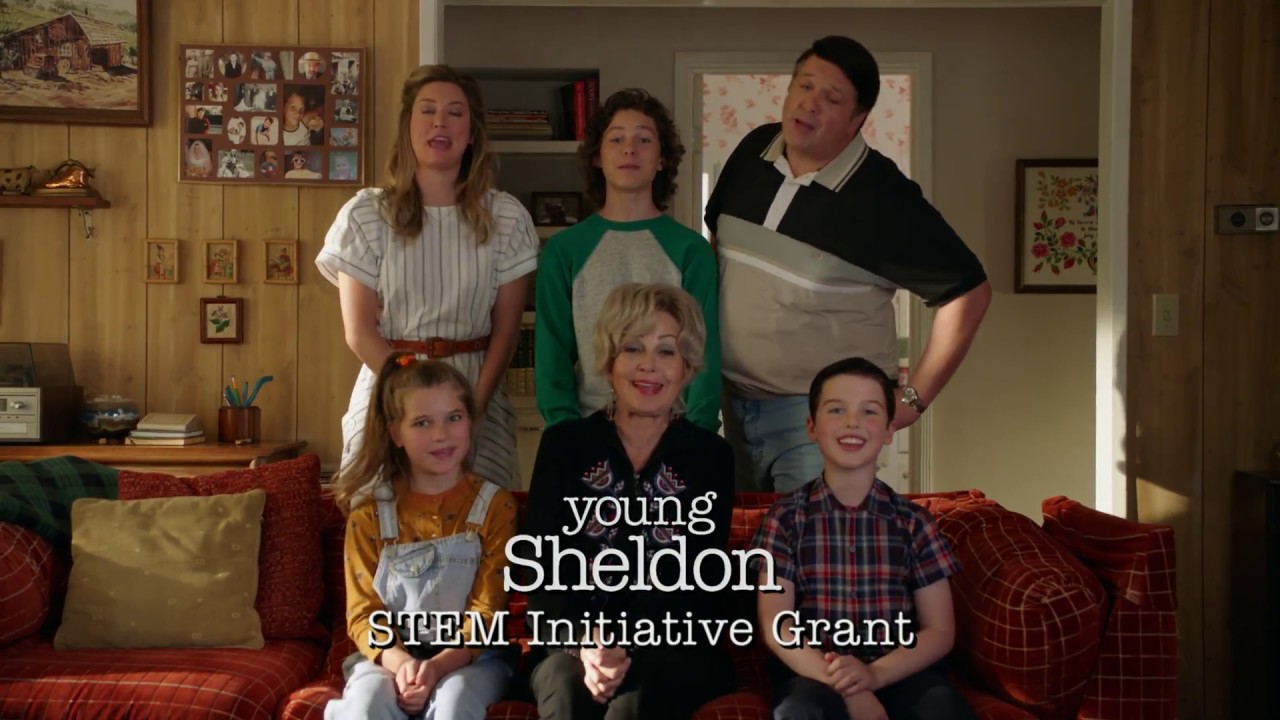 As part of TCLFF’s mission to encourage STEM education, we support Children’s Hospital Los Angeles and The Latino & African American High School Internship Program (LA-HIP). LA-HIP is unique in that it exclusively provides Latino and African American high school students a comprehensive STEM-based paid internship, focused on medical research in a lab setting with educational, academic, scientific, mentorship and career development activities. Students accepted into this prestigious program spend the summer before their senior year in high school participating in a 7-week hands-on paid research program that culminates in an annual symposium to present their research work to CHLA faculty and staff. The rigorous application process requires students to commit to a full year-long program, which includes research projects at CHLA, SAT/ACT test prep, college counseling and campus visits. 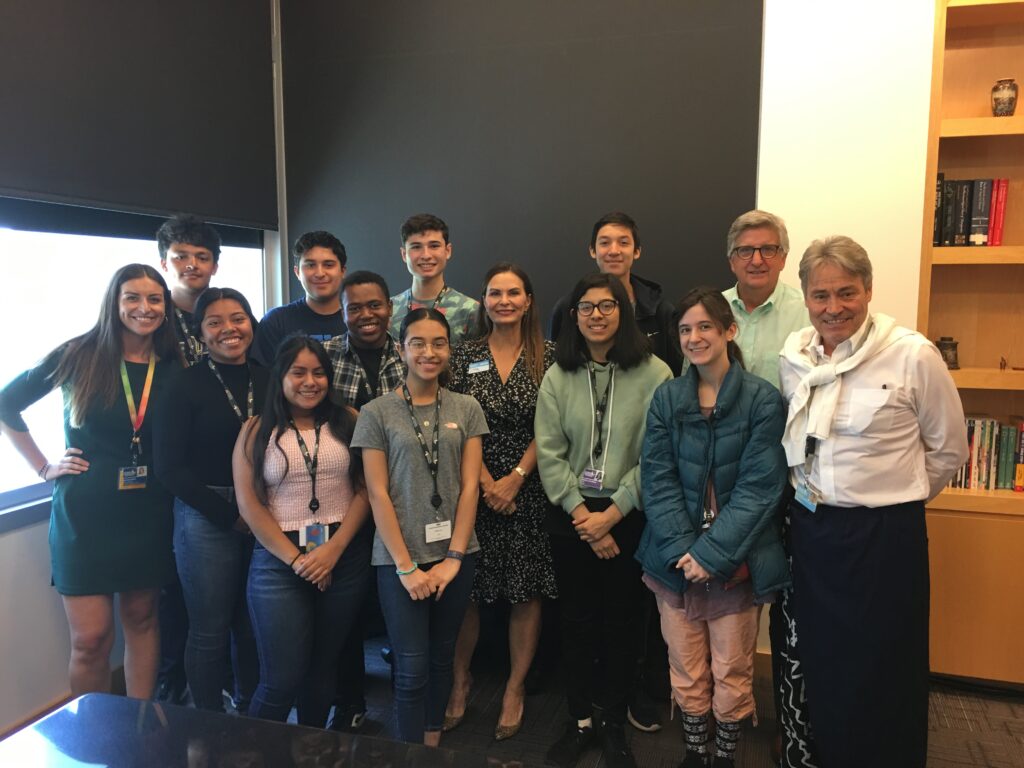 In partnership with the GRAMMY Museum, TCLFF supports the GRAMMY Signature Schools Enterprise Award Program, which offers grants to public high school music departments in communities throughout Los Angeles. In recognition of teachers, and the importance of advancing the arts and music in public schools, TCLFF recently expanded their commitment to this program and currently provides grants to ten Los Angeles GRAMMY Signature schools. The award recognizes U.S. public high schools that make an outstanding commitment to music education during an academic school year. Grants are selected based on submissions from teachers that include a compelling plan and a video showcasing their teaching in the band class of their choice.

In appreciation for public school teachers across the U.S. and in celebration of Young Sheldon’s fifth season run on CBS, The Chuck Lorre Family Foundation (TCLFF) is partnering with top education nonprofit DonorsChoose to support teachers and STEM (Science, Technology, Engineering, Math) education. This $1.5M commitment will support schools in low-income communities and is dedicated to middle school applied science classroom projects.

TCLFF will match up to $500,000 per year for the next three years and eligible STEM projects as of November 15 will be identified with the Young Sheldon logo on DonorsChoose.

The Paley Center for Media today announced the members of the inaugural class of The Peter Roth Internship Program. The program’s mission is to inspire the next generation of television professionals to embody Peter Roth’s commitment to innovative storytelling, love for writers, passion for the art form of television, and the critical importance of nurturing a diverse array of creative voices and portrayals on television. Students will gain first-hand experience in the world of television and access an unparalleled educational experience during this paid apprenticeship opportunity.
Read More

IN LOS ANGELES, BIG DONORS AND PUBLIC SCHOOLS TEAM UP ON FOOD INSECURITY

The Chuck Lorre Family Foundation, the philanthropy of the creator of the hit TV shows “The Big Bang Theory” and “Two and a Half Men,” donated $500,000 to LAUSD. (The foundation has given an estimated $1 million to COVID-19 relief for immediate needs, including grants to the Burbank Unified School District, Cedars-Sinai, Children Mending Hearts, Children’s Hospital Los Angeles, DonorsChoose, Learning Lab Ventures, Midnight Mission, Saban Free Clinic, Venice Family Clinic, and more.)

The Chuck Lorre Family Foundation has given LAUSD a $250,000 “challenge grant” to help the district continue to provide meals through its 63 Grab & Go Food Centers.

(March 7, 2019) To Commemorate the Final Season of Big Bang Theory

(Oct 15, 2015) Class is Now in Session with “The Big Bang Theory’s” Scholarship Endowment at UCLA

TCLFF does not accept unsolicited grant proposals or donations and proudly collaborates with the following partner organizations:

If you wish to support our charitable partners by making a donation, kindly reach out to them directly via the links below. 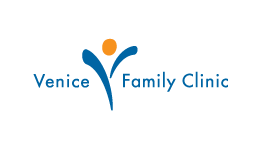 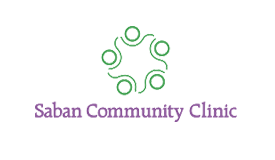 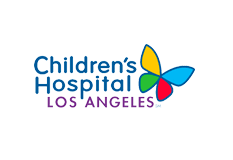 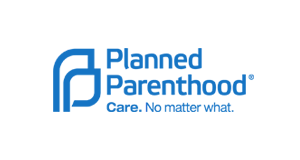 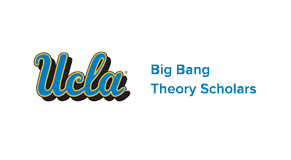 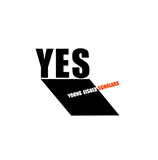 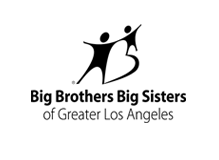 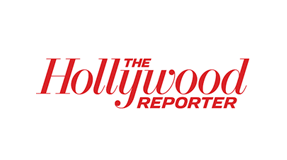 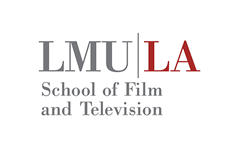 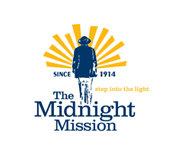 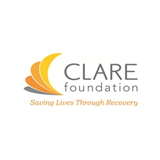 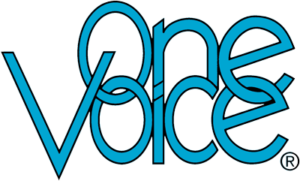 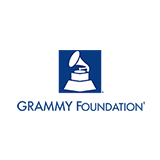 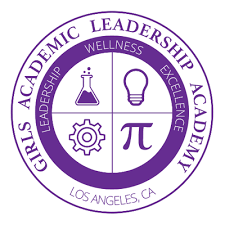 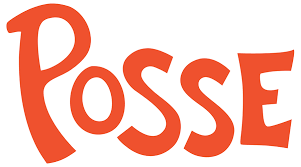 If you wish to contact us directly, please email coordinator@tclff.org